Itcertwin provides CISCO certification exam preparation materials and questions and answers to improve your exam results. This is the most effective way that pass the exam.
http://www.itexamnow.com/
cisco
The exam of dump PDF and practical test questions will help you pass the exam quickly.
300-080 exam pdf download
Our product description after sales service and update the CCNP 100-105 exam bank allows you to easily pass certification test.
100-105 exam dumps
Our CISCO security mobile solution is tested by 300-085 every week.
300-085 practice exam
70-533
questions
1Z0-052 exam materials
70-697 exam pdf
70-461 exam dumps
642-902 practice exam
We offers free CCNP 642-902 exam dumps demos in PDF and software formats. Before you decide to buy the full version of the practice exam, you can try the CCNP 642-902 free trial.
210-060 dumps exam
Our 210-060 CISCO test database is very effective. Our professional team is always at your service.
070-346 exam guide
The two formats cover all syllabus recommended by cisco to implement cisco mobile solution certification exam.
500-265 exam questions
Itexamlibrary provides high quality IT authentication test reactor. This will help you pass the exam easily.
300-075 pdf
Itexamnow is not only a provider of learning materials. We are a knowledge center and a knowledge center.
300-135 pdf
we are able to provide your organization with custom-developed learning plans and education materials.
200-310 exam pdf dumps
Itexamnow provides examination materials for CISCO practice test standard. If you have never had a parameter or VUE exam standard exam is very important.
210-260 exam pdf
The accuracy of question and answer is fully guaranteed, which is enough for you to pass the exam.
ccnp 200-120 pdf
70-534 microsoft
200-125 exam
70-534 dumps
ICBB dumps exam
AWS-SYSOPS latest dumps
300-115 pdf exam 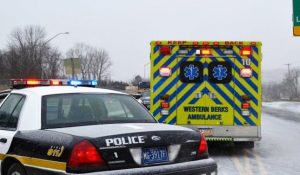 Western Berks Ambulance Association provides both BLS and ALS emergency services to a 150+ square mile area in Western Berks County, Pennsylvania. We operate 15 ambulances, 9 wheelchair vans, and several Supervisor vehicles out of six stations. Our staff of highly trained Paramedics and Emergency Medical Technicians handle thousands of emergency calls and non-emergency transports per year. The service area, call volume, staff, and the types of service we offer make us the largest non-profit ambulance service in Berks County. Our service area consists of a diverse rural/suburban area with both high and low populations.

Our population increases drastically during the work week due to large office and industrial work forces that commute into the area daily, along with a busy holiday season with outlet shoppers commuting in from out of state by mass transit. We also provide non-emergency BLS and ALS transports to the residents of Berks County. With our wheelchair units we offer transportation to and from prescheduled Doctor appointments and have a PUC license to provide other transportation. For more information on the types of services we provide, please go to our services page. There is a lot of information about us within our web site. We have tried to answer most of the more common questions that we hear, however we realize that you might want to know more. If you do have any questions please contact us. 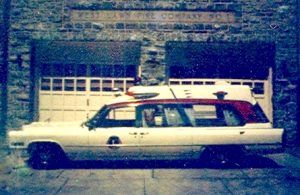 Western Berks Ambulance Association was founded on October 21, 1961 by seven members of the West Lawn Lions Club. Each of these seven members contributed $5.00 each to secure a loan to purchase a second hand ambulance. For many years the ambulance was housed at the West Lawn Fire Company, then the West Lawn Municipal Garage. In 1971, Western Berks Ambulance built their headquarters at 2506 Belmont Avenue in West Lawn. This building housed two Cadillac ambulances, provided ample room to the volunteers for training and recreation, bunk rooms, and some office space. Upholding the pioneering attitude in Emergency Medical Services, the corps purchased the first Type III “Modular” ambulance in the area in 1977. Then, in 1983, expanded its services to include Advanced Life Support.

Western Berks Ambulance was the first volunteer agency in the area to adopt the concept of the Mobile Intensive Care Unit, being able to treat and transport the sick and injured by utilizing one vehicle and crew (a system that was believed would never work) as opposed to two separate vehicles. Volunteers accounted for countless hours of training, duty hours, and management. But like many volunteer based organizations, this invaluable human resource was becoming strained. With the implementation of Pennsylvania’s Emergency Medical Services Act of 1985 (PA Act 45), Western Berks Ambulance needed to conform to the staffing requirements set forth by the act, thus guaranteeing 24 hour, 7 day availability of ALS service to the community. Western Berks Ambulance opened several career opportunities to Paramedics, EMT’s, and clerical workers which has blossomed over the years.